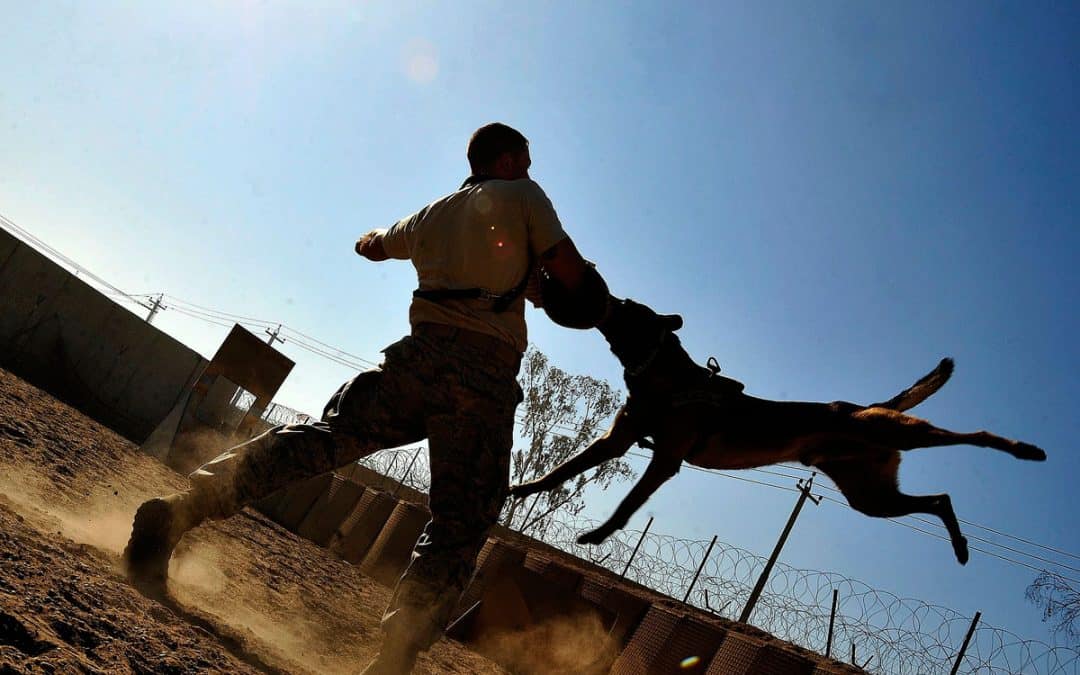 Dog bites are a severe problem in the United States. According to the Center for Disease Control (CDC), there are 4.5 million dog bites each year. That comes out to an average of one dog bite per every 73 people. While these statistics might be alarming, certain breeds bite more than others; and certain breeds do more damage when they do bite. It’s easier to take precautions when you know which dogs attack the most.

Who Bites The Most: 11 Breeds to Be Aware of

The most aggressive dog breeds are known as “bully breeds,” and include a wide range of dogs from Pit Bull terriers to Bulldogs. Other smaller dog breeds like Chihuahuas and Lhasa Apsos bite often, but since Rottweilers and Pit Bulls are stronger, they can cause more damage.

When Chihuahuas become frightened, they can inflict severe damage with their small sharp teeth. Although Chihuahuas are known for being a fierce, aggressive small breed, they often follow their owner’s behavior. Their loyalty causes them to be defensive if their owner shows fear toward someone else or strikes that other person first.

Avoiding aggressive behavior from a Chihuahua is quickly done through training and staying calm around the animal.

Many people choose a Bulldog as a family animal as they are known for being gentle with children. However, the bulldog we normally refer to is an English Bulldog. An American Bulldog is larger, has more “pitbull” traits,  and though they generally have a sweet, tender nature, they also tend to become aggressive if not properly trained.

Accordingly, if trained to be intimidating, an American Bulldog will show these snappy traits. They are known for being patient dogs, but if they feel threatened by strangers, they will bite.

Part of the reason the Pit Bull has such a poor reputation is the mischaracterization of many dogs as Pit Bulls. According to the Canine Journal, there are over forty “bully breed” dogs that share similar physical traits as Pit Bulls but are, in fact, different breeds.

Dog bite statistics from 2005 to 2017 show that Pit Bulls accounted for 65% of dog-related deaths. Their aggression comes from their protectiveness over their family. These powerful dogs can be intimidating to strangers and accidentally harm when they intend to play.

German Shepherds are hard-working, loyal, and confident animals that are great for experienced dog owners. However, in the hands of someone less experienced, they can become aggressive, trying to become the alpha presence.

If not adequately trained, German Shepherds can have problems with biting animals and strangers. An aggressive German Shepherd can lead to lawsuits and issues in the family. Prior to Pit Bulls being considered the most dangerous dog, it was the German Shepherd that many viewed as dangerous.

German Shepherds can be one of the most well-trained dogs though, as evidenced by their police use.

Much like the German Shepherd, Australian Shepherds have a loyal and sweet nature. However, like other dogs on this list, that loyalty often comes at a price. These herding animals instinctively bite and push other animals until they get what they want.

Even if adequately trained, Australian Shepherds can bite to persuade rather than harm. Still, people can misinterpret Aussies and see their biting as malicious.

Much like other small breeds such as the Chihuahua, the Lhasa Apso is very aware of its size, which can make it defensive. The Lhasa Apso is a frequent biter as it’s easily hurt or frightened.

Its defensive demeanor makes it difficult to be around young children. It’s more suitable for older and more mature kids who understand when the dog needs alone time and independence.

The Jack Russell Terrier is a notoriously stubborn and fiercely independent dog breed. Originally bred as hunting dogs, this breed can be aggressive as it tries to be the alpha dog. They need constant exercise as they have very high energy levels and can become destructive without it.

If they feel threatened by children or strangers, they won’t hesitate to bite in self-defense. Jack Russell Terriers need a firm owner to reign in their cleverness and hyperactivity.

Although known for their mild temper and sweet demeanor, Cocker Spaniels also can suffer from rage syndrome. Although this syndrome is rare, it can be a serious behavioral issue. Usually, the animal will awaken from a deep sleep and be very aggressive to anyone nearby. If anyone is within biting distance, they’re likely to be harmed.

Although rage syndrome is treatable on a case-by-case basis, this factor makes this unassuming dog breed quite a biting danger.

Bull Terriers are also a dog breed known to suffer from rage syndrome. Much like epilepsy, they can fall into fits of rage with aggression and biting. These attacks are due to crossed signals in their brain, which causes rage syndrome.

Bull Terriers are also healthy animals with powerful jaws, making their bite potentially fatal. Like Jack Russells, they need a firm owner to train them not to bite.

This small breed looks fluffy and innocent, but in reality, they are likely to become biters. Pekingese are aggressive because they are very aware of their small size and have a “Napoleon complex.” Pekingese are sensitive to sudden movements and perceive them as a threat.

For these reasons, they’re likely to bite small children that move and jump around them. They also perceive rough play as a threat and will sting back defensively.

Even though these dogs are also quite small, they also can suffer from rage syndrome. No matter how big or small a dog feels threatened, they can become dangerous biters. Though this dog is usually sweet-tempered and nonaggressive, rage syndrome can cause them to harm others.

Like all dog breeds on this list, training is essential to ensure the dog has a mild temperament and won’t bite out of fear or protection.

Rate of Fatality From Dog bites in Las Vegas

According to the 2018 Las Vegas dog bite statistics, there were 36 dog bite fatalities recorded. Although Pit Bulls only make up 7% of the dog population in the U.S, they accounted for 72% of these fatalities. Furthermore, “baiting” bull breeds and fighting breeds, such as Rottweilers, Mastiff guard dogs, and Pit Bulls, combined were responsible for 89% of the fatalities.

The Las Vegas dog bite facts showed 13 dog attacks in 2014. Similarly to national statistics, Pit Bulls only accounted for 6% of the dog population in Las Vegas yet were responsible for 60% of the dog bites and attacks.

Definition of Dog Bite Laws: What Does it Say About Dog Bites in Las Vegas?

The dog-biting laws in Sun Valley and Reno within Washoe County are similar to those in Las Vegas. An animal is declared “dangerous” if it’s acted aggressively or bit someone on two separate occasions within the past 18 months. Unlike other cities and counties in the U.S, there are no laws directly prohibiting the ownership of Pit Bulls.

The “two-time” requirement is often legally referred to as “the first bite being free.” However, that is not true if the dog has severely harmed someone.

Things to Do to Save Yourself from Dog Bites

Recall that the dog breeds that bite the most often do so because they feel threatened. You can prevent dog bites by not approaching unfamiliar dogs, not making sudden motions around a dog, and remaining calm should a dog knock you over.

If you’re a dog owner, be firm and teach your dog not to play aggressively. Ensure they view you as the alpha so that they are responsive to you should an attack begin.

Although there is no dog-biting statute in Nevada or Las Vegas, you can still sue the dog owner if a dog bite injures you. If negligence by the owner occurred, such as failing to restrain their dog, you can sue. That said, dog bites are a complex legal issue governed through local laws, so it’s best to get the help of a personal injury lawyer.

If a dog has bitten you, you should immediately go to the emergency room or a clinic for treatment. Dogs carry rabies, tetanus, and other diseases, so it’s best to act quickly.

Some dog breeds such as Pit Bulls bite more than others, so it’s best to be aware and extra cautious of those breeds. Overall, most dogs attack because they feel threatened, so it’s best to avoid dogs you don’t know and train your own.

If a dog bites you or a loved one, seek medical attention.  Then, contact the Accident Attorneys of Southern Nevada. We offer free case evaluations and “no win, no fee” payment plans. Disclaimer: The information in this blog is not intended, and must not be taken, as legal advice on any particular set of facts or circumstances. If you need advice on specific legal issues, please consult with a licensed personal injury attorney.